Clublife Autumn 2008: Insanity Before the Storm? 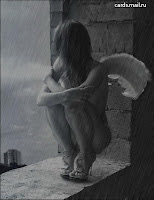 As the temperatures drop, the rain starts to fall (did it ever stop?), and those wonderful summer terraces close across Moscow (Krysha, Soho- we'll miss you), it's time to reflect what awaits Moscow's party bunnies in the colder months ahead.

There has been a frenetic pace of good, bad, and half-assed club openings across Moscow in recent months (I promise to pick up the pace of reviews). Barkhat has opened in the old Infinity space near Famous, Arma 17 is rocking the techno-loving crowd in a huge space behind Gazgolder, Black Star Club is now grooving to R'n'B on top of Evropeiskiy, Blackberry restaurant/bar has made a pre-party splash, and many more that I haven't got around to cataloguing yet.

Yet other clubs have been renovated or repositioned to appeal to new audiences. Paparazzi seems to be replacing Mix as the venue of choice to find dealers late night, while Teatro (a sometimes strip club) has also attracted a strong late-night following. Most has had some light remodelling, but doesn't attract the glamourous crowd it once did, i Fiori has lost its pre-party vibe and Royal Bar is probably just too far out of the centre to hold the crowds now summer is gone.

For the rest of the hotspots, it tends to be business as usual. Soho retains its crown as the hottest megaclub in town, Krysha is still the best afterparty, even without the rooftop. Against all odds, Opera maintains its sense of fun on Thu & Sat nights, and Rai seems to have stabilised (although at more of a "delightful trashiness" level than glamour club). Famous is faltering, and Ninja is the toughest door in town on a Thursday. Simachev is packing in the bar crowd, and the increasingly vibrant alternatives for the non-glamour set are expanding with Black Star, Solyanka, and Sabotage doing brisk business.

The question on everybody's lips is: What happens next? There are storm clouds brewing, rumours abound of oligarch's who have lost fortunes, real estate projects are at a standstill, and luxury retail trade has plummeted almost as rapidly as the RTS Index. Despite media reports that the clubs are empty (show's how much reporters know about what night's & times to actually turn up at a nightclub), so far Moscow excess seems to show no signs of slowing. Not only is the media not permitted to discuss the financial crisis, it's unclear whether many of the devushki at Moscow's nightclubs would be able to read it anyhow.

So, for those of us keen to party away our last few rubles before the party stops (although we hope it won't), here's MoscowMAXIMUM's Fall list of venues:

great revue :) as always :) Now im all excited to go back to moscow for 3 months in december. Keep up the reviews! Im gonna need them for my stay :)