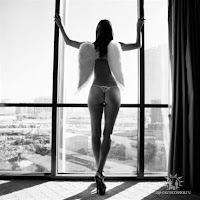 From the slew of new club openings in the last couple of months (and more to come), you'd think that Moscow is oblivious to the financial crisis ravaging the globe. Yet even sunken into the depths of the softest plush sofa, high as a kite, nestled between the breasts of some of your favourite Tyolki, you can't help but notice that the crowds are thinner, people are drinking less, the aggression levels are higher, and girls are preening closer and closer to get noticed and bought a drink. As a (male) friend recently commented, "It's amazing how much better-looking I've become since the crisis hit".

Other than far more girls willing to talk to you without the promise of a new Bentley, there are other benefits to the crisis for those still looking (and who can afford) to hit the Moscow scene:
Recent club openings include the megaclub Pacha, the even bigger Forbes, bar/clubs such as Bar 8, Dukhless, and Gusatnikoff (a Novikov club!?), bars such as Bonnie & Clyde, and re-openings like Grafit. The trend of ever more specialised locations such as LaMur (after-hours club opening at 6am) continues, and there's never been a more diverse selection of music styles and venues. The only issue is, there just aren't enough dollars or people to make use of all these new venues, leaving weekends somewhat hit & miss, as people sometimes stumble(but more often not) into the venue that happens to be the hotspot of the night.

In an environment such as this, things can get nasty. Soho Rooms was hit by three drug raids and a power outage in three weeks, rumoured to be the work of somebody determined to put them out of business.

There have also been a handful of closings. Aside from Garage (rumoured to be reopening in a new location by June- watch this space!), Arma 17 suffered an blaze eerily close to the anniversary of Dyagilev, and Simachev lost its summer terrace (in February).

In this rapidly changing environment, where are the hot spots?

On the off-nights, Technika Molodezh has been the recipient of Garage's legendary R'n'B nights, kicking a good scene from about 2am on Wednesdays and Sundays. Karma Bar still pulls a good crowd on Sunday evenings for their R'n'B event. Thursday nights are still packed at Opera, although the format has shifted from their traditional R'n'B party to a more creative house mix by some of the top Moscow & imported DJ's, and Ninja is still rocking it for those cool enough to have cards.

Fri/Sat is harder to call. At the top-end, Soho Rooms has lost some of its crowd, but still hosts a fun party and will be the space to watch as summer approaches and its roof deck opens. It also has the hottest afterparty in town following Garage's demise, and the party kicks on till well after 10am. Krysha is still packed, but the crowd has long ago lost its edge. However, it should recover with increasing daylight on its legendary roof. Opera is still the most fun place to party on Saturdays, Rai has lost its buzz, Barkhat is packed with the under-20 crowd, and Famous continues to languish if you're not on a VIP table. Most is pretty much dead in the water despite a change of Feis.

Of the new venues, against all odds Pacha seems to have hit its stride and fills its considerable capacity Fri/Sat. Forbes' cavernous space and 28 VIP tables have a glass-half-empy feel, but it will be worth seeing how it evolves. Bar 8 ably fills the big shoes Bar 7 left, but it's remote location means its considerable pre-party appeal is muted.

On the pre-party circuit, for the dinner crowd Kalina Bar is always packed, as is Shatush and Blackberry. For bars, Bar 8, Kitchkok, Simachev and Chapurin all have a great vibe, although the close proximity of the last three mean that none are as packed as before.

Overall, Moscow's nightlife scene offers more variety than ever before, but unfortunately a lot of new options hit the market at an unfortunate moment. Venues will need to innovate to stay alive, and with more new clubs set to open, things are going to get interesting.

Other interesting innovations will be the introduction of a high-quality, reasonably-priced NY-style brunch at Kitchkok in coming weeks.

Stay tuned for more news and reviews to hit your screens soon!